TOKYO, Feb. 5, 2017 (UPI/Gephardt Daily) — Authorities in Japan are keeping a close eye on spiking radiation levels inside one of the heavily damaged reactors at the Fukushima nuclear power plant 150 miles north of Tokyo.

Officials with Tokyo Power and Electric (Tepco) say the newly detected levels are the highest they’ve seen since reactors at the plant were destroyed in the aftermath of the deadly offshore earthquake and tsunami which struck the region in 2011.

Currently, radiation levels beneath a pressure vessel in the most heavily damaged reactor are measuring 530 sieverts per hour. Scientists say exposure to just 1 sievert of radiation can cause sterility, hair loss and increased risk of cancer. Exposure to 4 sieverts can be lethal.

According to Tepco, the surge in radiation levels, which was discovered just last week, suggests nuclear material has leaked out of one of the reactor’s pressure vessels, although the extent of such a leak has yet to be determined.

Tepco says there is no threat to the public health and announced Sunday workers will soon deploy a specially designed robot to explore a breach found in metal grating beneath the reactor site.

Scientists say even though the robot is designed to work in radioactive environments the levels inside the reactor vessel are so high, they’ll only be able to explore the damaged areas for two hours at a time.

Officials suspect a mixture of nuclear fuel and debris from inside the reactor may be generating the radiation spike inside the vessel.

Tepco has said it intends to begin dismantling the Fukushima power plant by 2021, but that process could take up to 50 years. 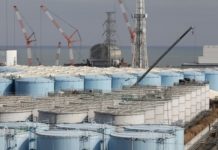 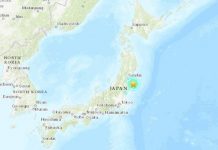 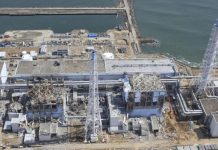