Home Top News Stories Fed warning: Fisher-Price baby sleeper blamed for 10 infant fatalities in past...
Facebook
Twitter
Pinterest
WhatsApp
WASHINGTON, D.C., April 5, 2019 (Gephardt Daily) — The Consumer Product Safety Commission issued a warning Friday blaming a Fisher-Price sleeper for 10 infant deaths over the past four years.
The CPSC and Fisher-Price said parents should not put infants older than 3 months in the Rock ‘n Play Sleeper because they can roll over in the device if unrestrained.
All of the deaths occurred with infants older than 3 months.
Fisher-Price called the deaths “an unimaginable tragedy.”
“Fisher-Price and every one of our employees take the responsibility of being part of your family seriously, and we are committed to earning that trust every day,” the company said.
Fisher-Price did not issue a recall for the sleepers.
The CPSC said parents should never add blankets, pillows, stuffed toys or other items to places where babies sleep — cribs, bassinets, play pens or inclined sleepers.
The full statement issued by the Consumer Product Safety Commission (CPSC) and Fisher-Price is as follows:

WASHINGTON, D.C. — The Consumer Product Safety Commission (CPSC) and Fisher-Price warn consumers about the Fisher-Price Rock ‘n Play due to reports of death when infants roll over in the product.  According to medical literature, infants typically begin rollover behaviors at 3 months. The CPSC is aware of 10 infant deaths in the Rock ‘n Play that have occurred since 2015, after the infants rolled from their back to their stomach or side, while unrestrained.  All 10 infants were 3 months or older.

Because deaths continue to occur, CPSC is recommending consumers stop use of the product by three months of age, or as soon as an infant exhibits rollover capabilities.  CPSC has previously warned consumers to use restraints in infant inclined sleep products.

CPSC and Fisher-Price remind consumers to create a safe sleep environment for infants, whether using a crib, bassinet, play yard, or inclined sleeper:  Never add blankets, pillows, stuffed toys, or other items to the environment and always place infants to sleep on their backs.

The Commission voted to publish a finding that the health and safety of the public requires immediate notice. 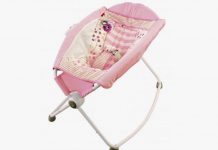 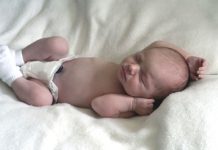 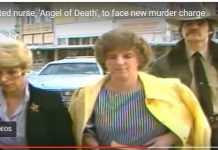