Elgin Ozlen, who posted the video to YouTube, said he and his girlfriend were visiting New York for a the holidays and they booked a room at the Astor on the Park Hotel on Manhattan’s Upper West Side.

Ozlen said they were on their third room — the first two lacked heating — when his girlfriend discovered bite marks on her body.

The YouTube video shows a close-up of the couple’s bedbug-infested mattress.

“On my birthday, I’m in the hospital, and I’m washing the best clothes that I brought that I own for this vacation, and during that process many of the clothes became damaged, because they’re not meant to be dried,” Ozlen said.

He said cleaning the couple’s belongings after the bedbug discovery caused hundreds of dollars worth of damage.

Ozlen said his girlfriend’s body is still inflamed from at least 75 bedbug bites and she could suffer permanent scarring from the ordeal. 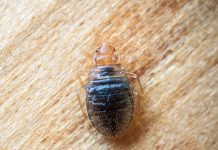 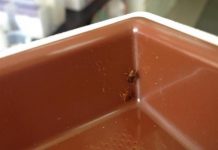 Study: Some bed bugs climb better than others 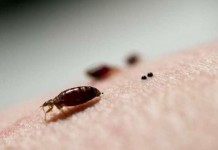