SPANISH FORK, Utah, June 11, 2019 (Gephardt Daily) — A toddler was LifeFlighted to Primary Children’s Hospital on Tuesday after falling from a second-floor window in Spanish Fork.

“A toddler had fallen from a second-floor window to a cement driveway about 13 feet below,” Anderson said. “He was treated for severe head injuries on the scene, and transported by LifeFlight to Primary Children’s Hospital.”

Anderson said he didn’t know if the toddler was able to slide the window open, or if he found it open. A screen was partially popped out on the bottom, Anderson said.

“The mother contacted dispatch,” Anderson said. “I don’t know if she witnessed it, but she is the one that contacted us.

“It appears to be a tragic accident at this point.” 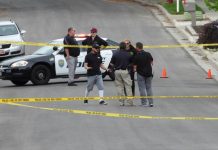 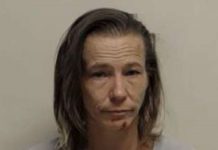