“The Garfield County Sheriff was informed by the Medical Examiner that the body discovered by Egypt Road in Escalante was positively identified as Stephen St. John,” a Facebook post from Garfield County said.

“It was also his vehicle we located in the same area. Toxicology reports have not been released to the Sheriff at this time.”

Officials have not given a cause of death for St. John.

The deceased person was transported to the Utah Office of the Medical Examiner for identification and to determine a cause of death.

Back on Dec. 3, Garfield County Sheriff’s Office posted they had found a white 1994 Ford F-150 pickup truck abandoned by the Egypt Trailhead near Escalante. The license plates and all identifying numbers on the vehicle had been removed. The post said the truck had various distinctive features including red flames on the window of the camper shell, a small sticker of a skier on the tailgate, and running boards made from snow skis.

The next day, officials said in a Facebook post that truck belonged to St. John, but at that time, he was still missing.

The Sheriff’s Office posted: “Sheriff Perkins along with the Statewide Information and Analysis Center were able to identify the abandoned vehicle’s owner. His name is Stephen St. John. Mr. St. John is still a missing person.”

The post said that St. John, 67, had been missing since Aug. 2 and was possibly suicidal. 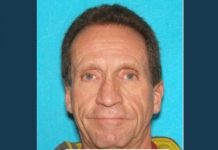 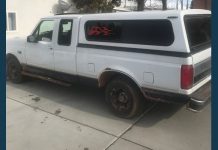