For one thing, the incident is confirmed to be a conflict between members of gangs.

“There’s no question. It was gang-related,” Ben Horsley, Granite School District spokesman, told Gephardt Daily. “Something tied to some gang ties brought them to our campus.”

Horsley said members of the gangs involved were on the school campus, about 200 yards away the football game, when the altercation began. Two hundred yards is about the length of two football fields.

An administrator called for police backup, and attempted to get the groups to disperse, Horsley said.

“They were being broken up by the administrator when one of the individuals produced a weapon and fired shots,” Horsley said. “Because of the proximity of the shots, it’s unclear if he (the shooter) was targeting anyone or just attempting to shoot the ground.”

The police were close, but had not yet arrived, Horsley said, so no officer was targeted, as some have reported.

“When the shots were fired, it was just a fight,” Horsley said.

No one was injured, and all but the seven questioned were able to flee the scene. Horsley said he cannot release information about the size of the crowd involved because the investigation is ongoing.

Horsley said the people detained for questioning are believed to have had some level of involvement with the incident. The two girls and five boys are all believed to be juveniles, he said. Horsley said he could not confirm if those detained were spectators or participants.

Several were from Midvale, and at least one was from Sandy, he said. None were enrolled at or had a formal connection to Granger High School. All were released to their parents in the early hours of Saturday morning.

“The strange thing about this particular incident, none were associated with the two schools,” Horsley said. Granger was playing Hunter High School, also in West Valley City.

“We’re trying to ascertain why they were even on school property.”

“Security footage shows that several individuals were seen filming the altercation,” says a tweet issued Saturday morning by the district. “Please send any footage via DM to this account or contact police directly at 801-481-7122.”

Horsley elaborated, saying one or more videos had been shared on Snapchat, a social media service that deletes photos and videos immediately after they are viewed.

Most people at the game were unaware of the altercation and probably didn’t hear the gunfire, Horsley said.

“The proximity was so far off, and obviously, with the noise from the football game, most of them were probably completely unaware,” he said.

“It’s very frustrating that these individuals with no association at all with our schools came to our campus last night and caused this issue. It is clear they were not targeting or attending the game. It was the homecoming game, and a few thousand people were there for a great event. There was a lot of community participation, and we’re very disappointed someone came and chose to disrupt the event with an unnecessary act of violence.”

No charges have been filed, and the investigation is ongoing, Horsley said. 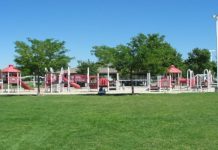 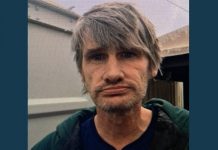 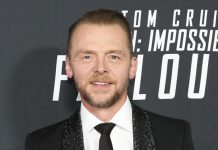