CEDAR CITY, Utah, Aug. 3, 2019 (Gephardt Daily) — A woman died Friday afternoon when the car she was riding in veered to avoid a collision, went airborne, and flipped into oncoming Interstate 15 traffic before it was T-boned by another vehicle.

The accident was called in at 2:50 p.m. Troopers responded to the scene, on I-15 in Cedar City.

The Utah Highway Patrol report says a gray Chevy pickup was merging onto southbound I-15 at the 200 North entrance when the chain of events began.

“The driver of the Chevy did not see a silver Saturn passenger car, already in the lane, and continued to merge,” the statement says. “This caused the driver of the Saturn to veer to the left, to avoid a collision.

“The Saturn went into the median and went airborne. The front bumper caught the cable barrier, causing the vehicle to flip end over end, landing in the northbound lanes, on all four tires. The Saturn was T-boned on the passenger side by a northbound red Kia passenger car. The front passenger of the Saturn suffered fatal injuries and died on impact.”

UHP identified the person killed as Kimberly Roundy, 55, of Enoch.

“The driver of the Saturn was transported to the hospital with life-threatening injuries,” the UPH statement says.

“The driver of the Kia and the passenger suffered minor injuries and were transported to the hospital. The driver of the Chevy was not injured, remained on scene, and is cooperating with investigators.”

Everyone involved was wearing a seat belt, the statement said. Impairment is not suspected.

Roundy worked at Gateway Preparatory Academy, an Enoch school for children in kindergarten through 8th grade.

Later on Friday, Gateway posted the following on its Facebook page:

“Dear Gateway Family, it is with deepest regret that I write this evening,” the statement says, in part. “One of Gateway’s teachers, Kimberly Roundy, was killed in a car accident on I-15 today.”

“Our love goes out to her family, students and friends and all those who have been touched by her gentle leadership, teaching and kindness. In the days ahead, our staff will grieve her loss.”

The note also said counselors would be available for those who needed support, and it wished a full recovery to Roundy’s relative, also a Gateway employee, who it said was the victim of the life-threatening injuries mentioned in the UHP report. 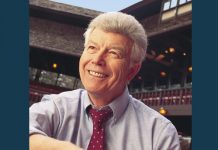 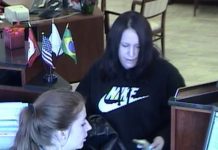