VINEYARD, Utah, March 28, 2019 (Gephardt Daily) — Officials have released the name of a Utah County 6 year old who was struck and killed by an SUV Wednesday while riding a battery-powered scooter in an area west of Vineyard Elementary School.

The girl killed in the auto pedestrian crash in Vineyard yesterday was Annie Gonzalez,” says a Twitter post put up Wednesday by the Utah County Sheriff’s Office. “There are no other updates to the information released yesterday.”

A fundraiser posted on Facebook says it was set up to raise money for funeral expenses.

“The Gonzalez family is a honest, good, and hard working family who have recently lost their 6 year-old daughter in a terrible accident,” says a Facebook automatic translation of the post.

“The Gonzalez family recently came to the United States from their country of Venezuela seeking safety and prosperity that they had not known before. Now they need our help to properly honor their beautiful daughter with a funeral and burial. Please give anything you can to help. Thank you and may God bless you.”

The accident happened in a small cul-de-sac on Parker Place at about 3:30 p.m. Tuesday, Utah County Sheriff Sgt. Spencer Cannon said at the scene.

A woman at the end of the cul-de-sac exited her driveway and turned to the right.

“The little girl came out of a driveway to her right, kind of in a blind spot,” Cannon said. The SUV struck the scooter-riding child, who was also leaving a driveway, not her own, he said.

The driver did not see the child, and struck her, Cannon said.

“She was struck by the SUV and sustained extensive trauma to her upper body and head,” Cannon said later in a news release.

“There were initial efforts to revive the girl but her injuries were to severe and she was pronounced dead at the scene of the crash.

“The driver of the SUV has been cooperative and submitted to drug testing, which is a routine part of crashes like this. Investigators do not suspect negligence, carelessness, or impairment as factors, and initial test results are negative for drugs or alcohol.

“Based on information known at this time there will be no charges filed against the driver.” 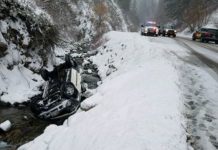 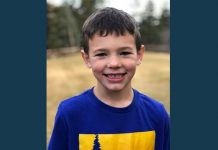