“We are looking closely at the numbers, and want to reiterate, as we have throughout this response, that one day of data does not necessarily indicate a trend.”

Dunn noted that many testing locations were closed Monday for Labor Day and Tuesday due to the wind storm.

“It’s possible people who would have been tested Monday and Tuesday waited until later in the week to be tested, resulting in an increase in the number of positive cases identified today,” Dunn noted.

The Utahn who died was a Salt Lake County man, older than 85 and not hospitalized at the time of death. His death bring Utah’s documented COVID death toll to 431.

Currently, 123 Utahns are hospitalized for COVID-19. Total hospitalizations from the beginning of the outbreak are 3,288. 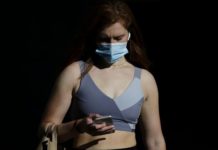