March 26 (UPI) — The number of Americans who believe an economic recession is likely to occur in the United States has increased by about 50 percent in one week, a Gallup poll shows.

The survey, released Wednesday, found that 61 percent of Americans polled last week think there’s likely to be a recession, up from 38 percent the week before.

Gallup said 31 percent believe a recession is somewhat likely to occur, while 8 percent don’t think there will be one.

In terms of political affiliation, Democrats (83 percent) are more likely than Republicans (35 percent) to believe a recession will happen, and 60 percent of independents believe there’s likely to be one. The numbers have increased for all three since mid-March.

The number who believe their financial situation is likely to suffer is up from 10 percent from March 13-16.

Those in lower-income households are more likely — nearly three in 10 — to believe they’ll struggle financially than those in higher income brackets.

As the coronavirus spreads in the United States, more states and local jurisdictions have been implementing stay-at-home orders for non-essential workers and directing non-essential businesses to close. 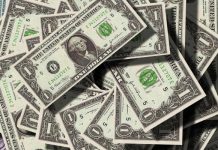 U.S. economy officially in ‘recession’ due to COVID-19: Economists 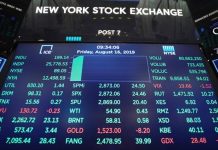 Survey: Half of Trump voters would blame him for recession