WASHINGTON, Aug. 26 (UPI) — A proposed change to rules for Medicare to cover prosthetic devices would make it harder for many amputees to afford them, according to two amputee rights groups.

If approved, the rule would require amputees to be able to walk without a cane and with the “appearance of natural gait,” which the rights groups and others have called too subjective a determination to be fair to patients.

Charlie Dankmeyer, president, American Orthotic & Prosthetic Association, said: “It is very difficult to imagine any other aspect of American healthcare where millions of people would be denied available and appropriate treatment and devices that can speed their return to the fullest and most active possible life,” said Charlie Dankmeyer, president of the American Orthotic and Prosthetic Association, said in a press release. “Even worse, there is no medical or scientific justification for these unreasonable and inappropriate hurdles that would amount to a return to a 1970s standard of care.”

The proposed rule change raised four major concerns with the American Orthotic Prosthetic Association and the Amputee Coalition: Amputees already using assistance devices such as canes or walkers, no matter how much, could be limited to less functional prosthetics; possible denial of prosthetics because a patient can’t attain the “appearance of a natural gait,” which the organizations call an unfair subjective qualification not in line with amputees lives; other health concerns such as high blood pressure or asthma may cause denial of prosthetics to patients; and redefinition of the rehab process that could force amputees to use out-of-date prosthetics that do not conform to their needs.

The inspector general for the Department of Health and Human Services reported in 2011 that Medicare was spending on prosthetics for patients who may not need them because of other health conditions. They found Medicare spending on lower limb prosthetics had increased 27 percent from 2005 to 2009 despite the number of patients decreasing by 2.5 percent in that time.

In addition to the potential of the rule change to limit Medicare beneficiaries obtaining prosthetics, advocates are concerned the policy could be adopted by the Veterans Administration and private insurers, though there has been no indication of that happening.

“This is as stupid a rule as I’ve ever seen,” former U.S. Sen. Bob Kerrey of Nebraska, who was first fit with a wooden prosthetic leg in 1969 after serving in Vietnam, told the Baltimore Sun. “This rule completely ignores what’s going on with amputees.”

A petition to the White House to rescind the proposal has already surpassed the 100,000 signatures it requires for a response from the White House, and a protest was scheduled for 2 p.m. Wednesday, following a public hearing on the rule. 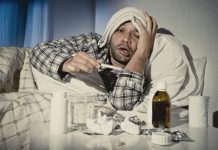 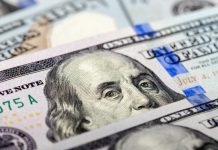 Can money make you sick? 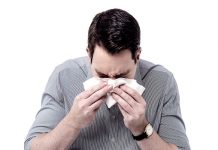 Being lonely might make having a cold worse, study says