The 26-year-old television personality announced her intent to leave the show in a series of tweets Thursday following her fight with co-star Farrah Abraham on the Season 6 finale.

“Sad to say but I’m not going to be apart of #Teenmomog. The way I have been portrayed and treated is unfair. @MTV sending all my love,” Portwood wrote to her 440,000 followers.

“If I was treated fairly it wouldn’t be an issue but it’s been nothing but disrespect since the reunion show. Which keeps continuing today,” she added. “Nothing has been dealt with or has made me feel any safer to even move on with people who have continuously hidden things from the network.”

“The day I’m shown some respect by the people I’ve worked with for 8 years is the day I’ll be back. I’ve sacrificed a lot for this show. @MTV,” the star concluded.

Portwood and Abraham got in a physical altercation in October while filming the Season 6 reunion, which aired in two parts this month. Portwood was reportedly angry about remarks Abraham and her boyfriend, Simon Saran, made about her fiancé, Matt Baier.

“When [host] Dr. Drew mentioned Simon had called Matt a pedophile, it seemed like he was heading in the direction of an apology, claiming it was all in fun. However, Farrah piped in and said, ‘Well, he does kind of look like a pedophile,'” a source reported at the time.

Portwood claimed in an Instagram post after Part 2 of the reunion aired that producers “cut out Michael literally screaming in my face calling me a [expletive] and putting his hands on Matts neck!” She and Abraham came to fame on MTV’s 16 & Pregnant before starring on Teen Mom. 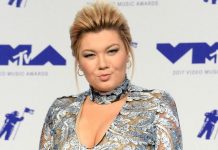 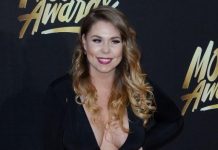 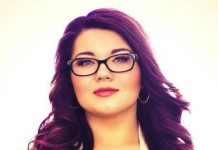