Home Entertainment News Amy Schumer discusses her ‘tough’ experience with IVF
Facebook
Twitter
Pinterest
WhatsApp
Aug. 14 (UPI) — Amy Schumer is sharing her “tough” experience with in vitro fertilization.The 39-year-old actress and comedian said in a preview of “Sunday Today” released Friday that she’s decided she can’t be pregnant “ever again” after undergoing IVF treatments in the hopes of conceiving a second child.

Schumer gave birth to Gene, her first child with her husband, Chris Fischer, in May 2019. She and Fischer have put plans for a second child on hold, in part because of Schumer’s experience with IVF.

“IVF was really tough on me. I don’t think I could ever do IVF again, and so I decided I can’t be pregnant ever again,” Schumer said. “We thought about a surrogate but I think we’re going to hold off for now.”

Schumer documented her IVF journey on social media. She said on Instagram in January that she was feeling “really run down and emotional” one week into her treatments.

Schumer gave an update in February, saying just one of her 35 retrieved eggs had developed into a normal embryo.

During her first pregnancy, Schumer experienced acute morning sickness and delivered her son via C-section due to her endometriosis. Despite her struggles, Schumer voiced her love of motherhood on “Today.”

“Life is so much more beautiful in, like, the best thing in my life,” she said.

Schumer most recently starred in “Expecting Amy,” an HBO Max docuseries that follows her on her standup tour during her pregnancy. 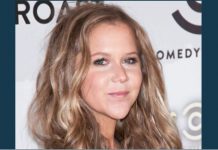