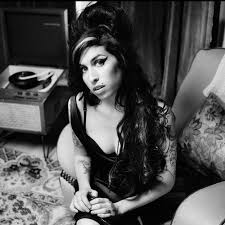 Amy Winehouse Documentary to be Released

“We’d recorded quite a few demo recordings, and I started to talk about whether she ever considered writing,” Schmansky says in the narration.

The clip shows footage, shot with a handheld camera, of close ups of Winehouse’s face and a page of her handwritten lyrics.

On a wrinkled sheet of paper complete with doodled hearts, the lyrics “my new best friend,” and “when I’m in/ the deepest funk/ she cheers me with/ a little monk,” among other lines are written in the singer’s childlike cursive.

Despite heavy criticism from Winehouse’s family for being “misleading,” director Asif Kapadia’s “Amy” is set to premier in the U.K. on July 3 no U.S. release date has been scheduled.