The 37-year-old Irish actor announced in a tweet Wednesday that O’Porter gave birth to a baby boy, Valentine, this month.

“We had a baby boy last week. Woohoo! His nappy expenses are ridiculous, so this baby is going ‘Cheep’. #DadJoke #Valentine,” he captioned a photo of his son in a duckling onesie.

“Happy to announce I am the proud owner of this chirpy little chap,” she wrote. “Born July 1st, his name is Valentine O’Porter, and he is so delicious. Two sons, my goodness #soinlove.” 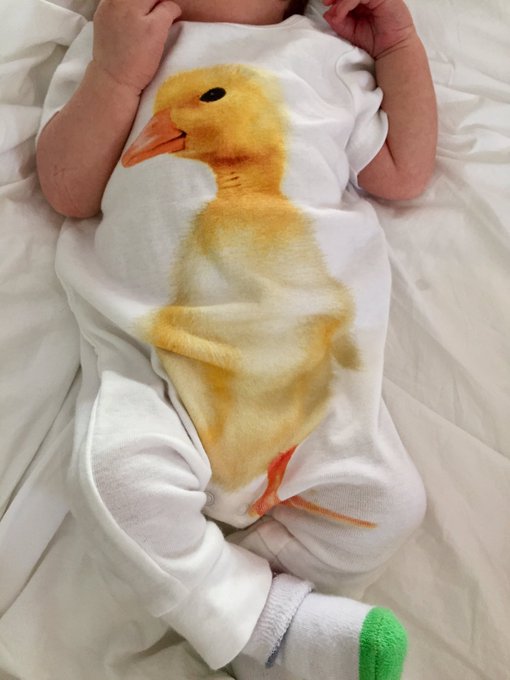 We had a baby boy last week. Woohoo! His nappy expenses are ridiculous, so this baby is going ‘Cheep’. #DadJoke #Valentine

O’Dowd and O’Porter married in 2012, and welcomed their first child, son Art, in January 2015. The writer said in a post in June that O’Dowd was doting on her ahead of Valentine’s birth.

“When you are heavily pregnant and decide to steam clean all your furniture then can’t move your hips so lie down and your husband brings you a man, cheese and onion sandwich with a side of veggie chips because he knows what makes everything better again,” she wrote June 12.

O’Dowd is known for playing Roy Trenneman on “The IT Crowd,” Sean Murphy on “Moone Boy” and Officer Rhoades in the movie “Bridesmaids.” He will star in an Epix series adaptation of “Get Shorty,” which premieres Aug. 13.