LOS ANGELES, Sept. 12 (UPI) — The stars of HBO’s “Coastal Elites” say the special presentation, filmed during the coronavirus pandemic with content focusing on the current political climate, was a nerve-wracking experience.

Rae plays Callie Josephson, a philanthropist who describes her encounter with Ivanka Trump, who was one year ahead of her in school. In the show, they reconnect when Callie’s father brings her to a White House dinner. Rae said the role required her to research the Trump family.

“Ivanka, in particular, I’ve always found fascinating, but not fascinating enough to listen to,” Rae said on a recent Television Critics Association panel. “The more I found out, the more horrified I was and a lot of that is expressed through the work.”

Midler, who is known for speaking out against the Trump administration, said she identified with her “Coastal Elites” character, public school teacher Miriam Nessler. Nessler gives her monologue in a police interrogation room, where she is arrested over a fight with a man wearing a MAGA hat.

“For me, it was cathartic,” Midler said. “Unfortunately, not cathartic enough, because I’m still in a state of rage and anxiety.”

Levy said he also related personally to his character, Mark Hesterman. Hesterman is a gay actor auditioning to play an openly gay superhero. Levy, a gay man himself, said casting directors in the past have asked him to act more gay. So, Levy re-lived some of those experiences as Hesterman.

“It was having to kind of mine my own experiences, in order to bring them into his,” Levy said.

For Paulson, the anxiety came from the socially distanced film crew working with her. In the show, Paulson plays Clarissa Montgomery, a YouTube meditation host who gets distracted talking about her Trump-supporting relatives.

“My paranoia level was high already, and there were all of a sudden seven people in my backyard,” Paulson said. “So, it was a little frightening.”

Dever agreed that filming “Coastal Elites” caused her anxiety, but for different reasons than Paulson’s. She plays Sharynn Tarrows, a nurse volunteering at a New York City hospital.

The actress found that delivering a monologue without other actors present was nerve-wracking for her.

“I miss that connection so much,” Dever said. “I thought I was actually going to be less nervous doing a monologue in the comfort of my own home, but I was way more nervous.”

Rudnick began writing “Coastal Elites” one year ago as a play. He adapted it into a television special during the pandemic, and updated some of the text with current events.

“I could weave both the pandemic and the Black Lives Matters protests into the material, which was a very natural fit for all these characters,” Rudnick said.

The text of “Coastal Elites” was provocative enough to exacerbate Midler’s anxiety after she wrapped. Midler said Miriam suggested more problems about which to be upset.

“It leads you down all these rabbit holes of ‘What’s next?'” Midler said. “‘What else can happen to me?'”

Even filming “Coastal Elites” under COVID-19 protocols reminded Midler that her industry is in a fraught state. Some movie theaters are reopening with COVID-19 safety protocols. Some productions are resuming, but Midler was concerned there will not be enough work for all the talent in Hollywood.

“In the Depression, the movies were the only things that survived, that people actually were still working at and still making a living on,” Midler said. “Now we discover that we’re all out of work.”

Roach empathized with his cast members, but added that he could direct their genuine anxiety into “Coastal Elites.”

“It worked in our favor,” Roach said. “We put you all in perfect [states of] anxiety to contribute to the performances.” 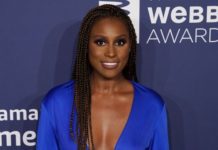