Ginsburg was 87 when she lost her long battle with cancer Friday.

“Ruth Bader Ginsburg was a giant of the Supreme Court. She was an inspiration to legal scholars and women. As for her replacement, Mitch McConnell set the precedent: no nominees even get a hearing this close to an election,” music icon and filmmaker Streisand tweeted.

“Our friend Pamela just told us that ‘According to Jewish tradition, a person who dies on Rosh Hashanah, which began tonight, is a tzaddik, a person of great righteousness.’ We found that very comforting. So strange to be eating these apples and honey with this sadness,” actor Patinkin wrote in his own post.

“My friends, the great ‘Ruth Bader Ginsburg, the second woman to serve on the US Supreme Court and its most determined advocate for gender equality, has died at the age of 87. She had endured multiple bouts of cancer before succumbing to the disease.’ There are no words,” entertainer Bette Midler said.

“No 2020!!! No! No! Not now! Not this WOMAN!!! Please work your supreme magic, brilliant mind, and courage from Heaven!! Help us down here! Thank you for your service Queen!! Rest in glorious peace,” actress Viola Davis said.

“RBG ‘Now she belongs to the Ages.’ Stunned. Heart broken and very afraid. We must take up her mantle,” actress Kathy Bates said.

“Ruth Bader Ginsburg was the kind of scholar and patriot you get excited about explaining to your kids. The kind of person who you say ‘who knows, one day you could be HER.’ I hope you rest well, RBG, you must have been tired from changing the world,” actress, writer and producer Mindy Kaling said.

“Our Government/Country Is Losing It’s Giants…Elijah Cummings, John Lewis, Ruth Bader Ginsburg My Heart Will Be For Longer Than I Can Say, They Were Special ‘Heroes’ To Me,” said singer-actress Cher.

“Her rest is earned. It is our turn to fight,” said actress Kerry Washington.

“No words, only tears will do right now. God bless U Ruth Bader Ginsberg. Thank U for all U did for us. Your loss leaves a giant hole in our world and in our hearts,” songwriter Diane Warren said.

“Like so many Americans, we are crushed by the death of Justice Ruth Bader Ginsburg,” Betsy West and Julie Cohen, the filmmakers who made the 2018 documentary, RBG, said in a statement.

“Even had she not become a Supreme Court Justice, Ginsburg earned a place in history for what she did to win equally for American women. When we asked her several years ago how she wanted to be remembered, she said with characteristic modesty, ‘Just as someone who did whatever she could, with whatever limited talent she had, to move society along in the direction I would like it to be for my children and grandchildren.'”

Kate McKinnon played Ginsburg on Saturday Night Live for the past several years and Felicity Jones portrayed Ginsburg in the 2018 biopic, “On the Basis of Sex.” 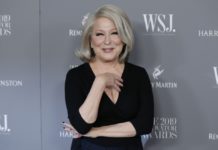 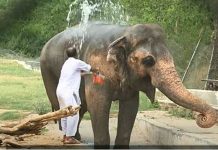