NEW YORK, June 6 (UPI) — Comedian John Oliver, as part of a scathing examination of the debt-purchasing industry, forgave almost $15 million in debt during his show Sunday night with the tap of a giant red button.

He called the stunt the “largest one-time giveaway in television history” during his HBO show “Last Week Tonight.”

The move about doubled the value of Oprah Winfrey‘s famous car giveaway to her studio audience in 2004, CNN Money reported.

The stunt followed Oliver’s detailed look at debt collectors, whom he strongly rebuked as having unscrupulous behavior and very little regulation.

The television segment involved placing a hidden camera in a Debt Buyers Association conference, which showed panelists appearing to scoff at how Americans don’t understand what their legal rights are when it comes to paying their debt.

Some people simply can’t get around owing debt, Oliver said. He pointed out how that might happen, Entertainment Weekly reported.

“Take Bob Weinkauf,” Oliver said. “Years ago, he was in intensive care for breathing trouble, and after four days of treatment, the hospital told his wife that their insurance was not going to cover the cost.” Becky Weinkauf learned the couple would be $80,000 in debt.

Companies buy that kind of debt and it’s big business, he said. Encore Capital is a company that claims that one in five consumers either owes it money now or has in the past.”Let’s say you have a thousand dollar credit card debt that you can’t pay,” he said.

“At a certain point, your bank might write off the $4,000 on its taxes and then, to make just a little extra money, sell it off to a debt buyer for a tiny fraction of the cost.

If that company can’t collect the full amount, Oliver said, they can sell the debt to another company that can still come after a consumer for the full amount.

Oliver showed how a collector once threatened to have someone’s dog arrested and another suggested to a consumer to “just go jump in front of a train.”

He decided to stick it to the industry by buying up nearly $15 million in debt owed by 9,000 people. At the same time, he played a clip of Oprah giving away all those cars. 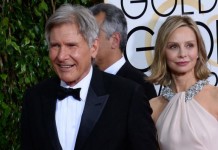 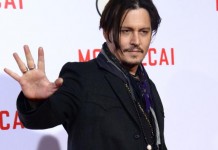