The event was scheduled for April 25, but will now take place in early summer.

The specific date of the tribute and its air date on TNT will be announced soon, the American Film Institute said.

“AFI’s decision to postpone the event is simply in response to the rapidly evolving nature of current events and our promise to ensure the well-being of the artists and audience that gather each year to celebrate America’s art form,” AFI CEO and President Bob Gazzale said in a statement Saturday.

Pregnant singer-songwriter Ciara also canceled her plans to perform at the grand opening of the new Fort Hood USO in Texas on March 19, The Hollywood Reporter said.

“With the continued spread of the coronavirus throughout the U.S., as a pregnant woman, my doctors have advised me to limit travel and large group gatherings,” Ciara said in a statement Saturday. “I am disappointed I won’t be able to return this month to the place where I was born, Ft. Hood Texas, and put on the amazing show we had planned. … I urge everyone to be diligent in taking steps to stay healthy and safe.”

The event is expected to be rescheduled for later this year.

One Direction alum Louis Tomlinson canceled his concert next week in Milan, Italy.

“I was really excited to bring the Walls Tour to Italy but the health and safety of my fans is more important than anything else,” he tweeted Thursday. 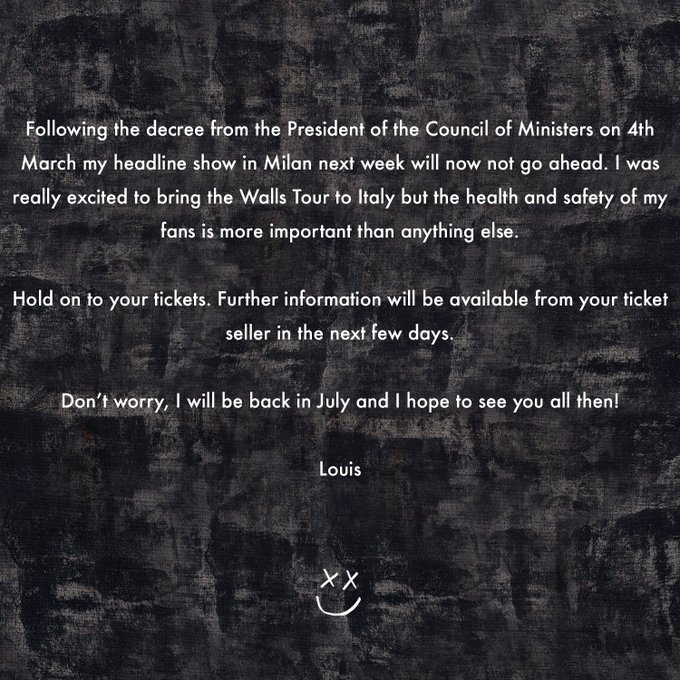 14.8K people are talking about this

Mariah Carey said she is postponing her Tuesday show in Hawaii until the end of the year.

“Aloha Hawaii!! I’m so so sad to have to announce that I’m postponing my show to November. I was so excited to come back to Hawaii on my ‘anniversary month’ but evolving international travel restrictions force us to consider everyone’s safety and well being,” she posted on Tuesday.

“With that said, I am SUPER excited to be coming to Honolulu in November and perform my special ‘All I Want for Christmas Is You & Hits’ extravaganza for the first time ever in Hawaii! I can’t wait to see you! Stay safe!!”

Aloha Hawaii!! I’m so so sad to have to announce that I’m postponing my show to November. I was so excited to come back to Hawaii on my “anniversary month” but evolving international travel restrictions force us to consider everyone’s safety and well being. (Cont.) 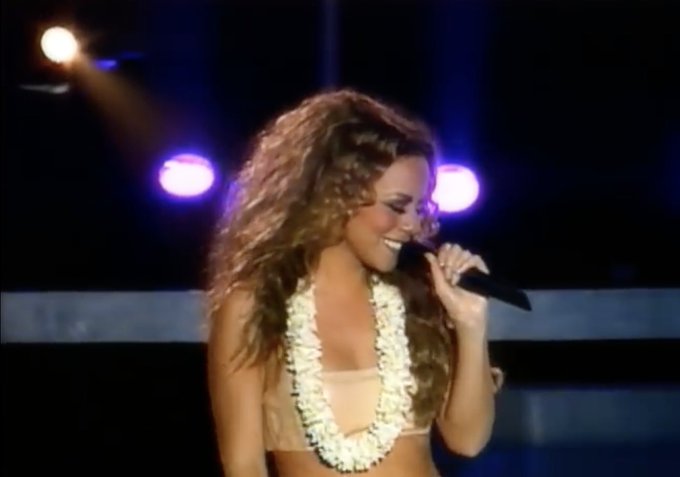 840 people are talking about this

On Friday, organizers canceled the South By Southwest film, music and tech festival in Austin, Texas.