The 26-year-old English actor addressed his struggle with addiction in a 20 Questions interview for the magazine’s November issue. Radcliffe, who described himself as an “inappropriate, messy drunk” in 2014, has been sober since 2012.

“Anytime I’d go out to dance, camera phones would come out,” he recalled. “That would make me very self-conscious, and what’s the easiest way to escape being self-conscious? Alcohol is a quick way of doing that. So [my drinking] was related in that way.”

“It becomes painful to watch your personal issues that you’ve tried to be sincere about get turned into fodder for TV gossip shows,” he shared. “I can say lots of well-meaning stuff — why it happened and how I stopped — for three hours, and the headline would be DRUNK ON THE SET OF HARRY POTTER.”

Radcliffe catapulted to fame after playing the title character in Harry Potter and the Sorcerer’s Stone at age 12. He went on to star in seven more Harry Potter movies, and told the publication his love for acting helped him avoid other pitfalls common to child stars.

“I [expletive] loved the work,” he said. “I loved it from the word ‘go.’ I loved being on set. I loved the hours. I loved the people. I loved the crazy, weird [expletive] I got to do every day. Acting was the focus for me, and I wasn’t going to do anything to jeopardize being an actor.”

Radcliffe has since appeared in Kill Your Darlings, Horns and West End and Broadway productions of The Cripple of Inishmaan. The actor will next star in Victor Frankenstein with James McAvoy, and is also scheduled for Young Americans with Amanda Seyfried. 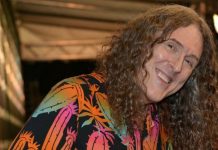 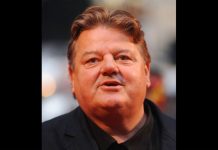