The couple have been together for about five years.

E! News said Cobain had been planning her small, low-key wedding for more than a year. About 15 guests attended, however Love was not invited.

“Courtney loves Isaiah, but was devastated to learn that Frances had gotten married without her knowing,” a source told E!

“Courtney really likes Isaiah and is very happy for Frances. Courtney is sad she wasn’t at the wedding,” the insider added. “Frances called her after, but [Love] understands why she did it. Frances needs a man in her life and has always craved stability. She’s found it in Isaiah. This has not caused a rift between mom and daughter. Courtney was sad, but she’s cool and Isaiah is a great son-in-law.”

Cobain has had a stormy relationship with Love — a rocker and actress known for her erratic behavior and battles with drug addiction — for most of her life, but they were photographed together last spring at the premiere of the documentary Kurt Cobain: Montage of Heck.

Love and Kurt Cobain were married from 1992 until Cobain’s suicide in 1994. The Nirvana frontman was 27 when he shot himself after years of substance abuse and depression. Frances Bean Cobain was 20 months old when her father died. 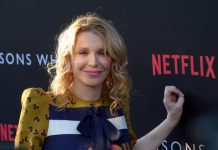 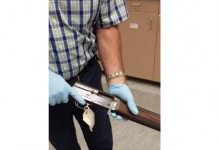 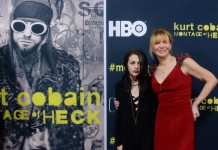