“I think probably the strongest union of our two names is from the motion picture ‘Philadelphia.’ God bless Jonathan Demme, we just lost him,” Hanks said of the renowned director who died this week of complications from cancer at the age of 73.

“He was such an inspirational guy. No Jonathan Demme, no ‘Philadelphia.’ No ‘Philadelphia,’ no ‘Streets of Philadelphia,'” Springsteen said of the anthem that won him the Best Original Song Oscar.

“He had Neil Young working first,” Springsteen continued. “Neil came up with ‘Philadelphia,’ which ended the film and [Demme] wanted a rock song for the beginning, so I said, ‘I’d give it a shot.'”

Springsteen said he went into his studio and tried to come up with something, sending the song to Demme even though he wasn’t confident it was what the filmmaker wanted.

“If you ever want to have a great moment in a motion picture, walk out a door and make sure they just put on a Bruce Springsteen song,” said Hanks, who won the Best Actor Oscar for his performance in the film. 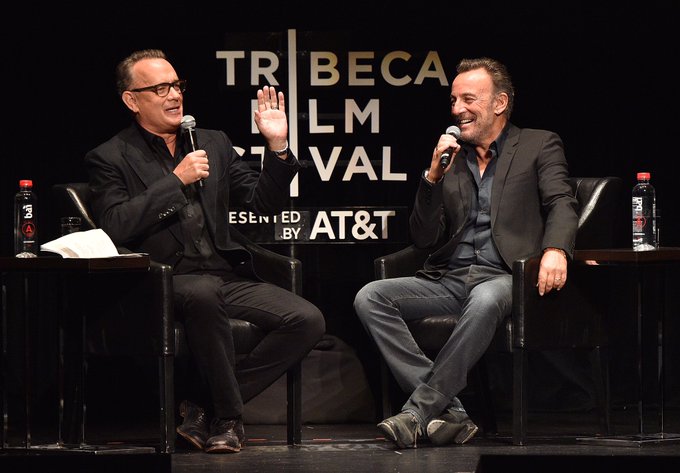 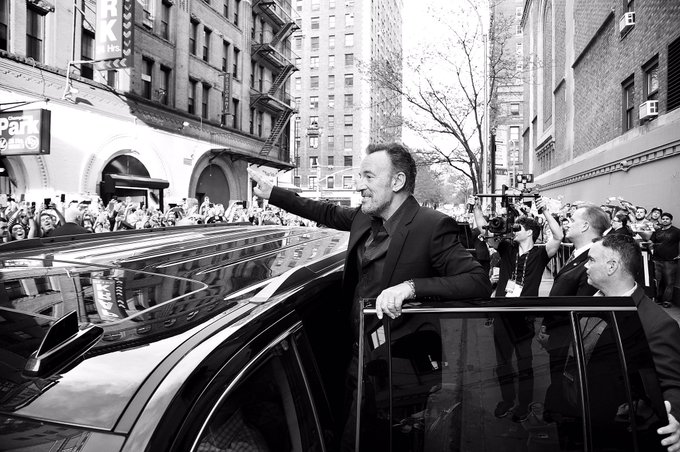 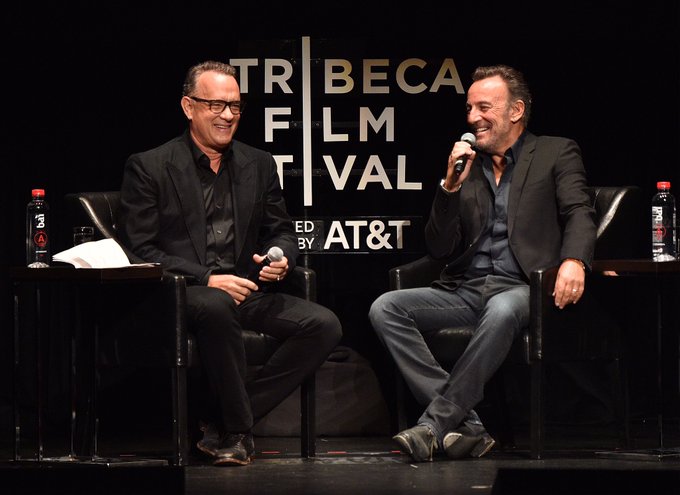