April 3 (UPI) — “Office” alum Jenna Fischer experienced a wardrobe malfunction before her appearance on “Jimmy Kimmel Live!” and decided to walk out onto the talk show wearing a towel with jeans.

The actress, who brought out the dress she planned to wear on a hanger, told Kimmel she improvised by wearing the towel after the zipper on her dress broke.

“You know, I am a Missouri girl, and the show must go on,” Fischer said before describing how comfortable wearing the towel was.

“I am mentally a little freaking out that I’m on a talk show in a towel, but I’m physically very comfortable,” she said.

Fischer posted a photo her last-minute outfit while sitting next to Kimmel on Twitter with the caption “Onstage!” 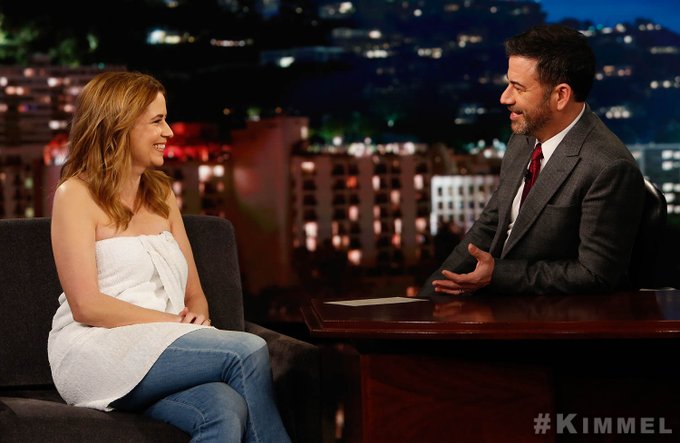 Fischer, who was on the talk show to promote her new ABC series, “Splitting Up Together,” also talked about how she walked past the Kardashian family while staying at a hotel in Kyoto, Japan.

The actress took a photo of a passing Kim and Kourtney Kardashian to send to her mother-in-law, who is a big fan of the reality television stars. Fischer then said she mimicked a photo Kourtney posted on Instagram of herself posing inside the hotel. 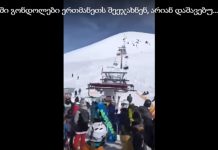 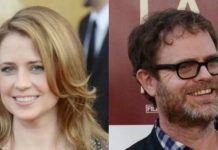 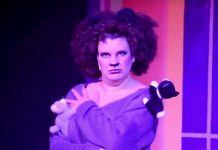