LOS ANGELES, Nov. 11 (UPI) — Jessica Chastain is set to star as the eponymous vigilante in the upcoming film “Painkiller Jane,” inspired by the 1995 graphic novel of the same name.

Chastain will take on the role of Jane Vasko, a New York City cop who is nearly killed in an undercover sting gone awry. She’s given superhuman powers and takes on the identity of Painkiller Jane, an indestructible vigilante bent on exacting revenge on those who destroyed her.

Jane, unlike most superhumans, feels the pain of her wounds before they heal.

SyFy released its own incarnations of “Painkiller Jane” — a 2005 TV movie starring Emmanuelle Vaugier and a 2007 series starring Kristanna Loken.

Chastain also stars in “Miss Sloane,” which premieres on Nov. 25. 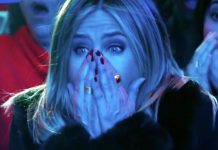