Moore, who recently played opposite Ellen Page in the LGBT drama Freeheld, would join original cast member Taron Egerton on set under director Matthew Vaughn, according to The Hollywood Reporter.

Actor Colin Firth, whose mentor character died in the first film, is not expected to return as of yet, although the outlet reports there were initial talks of somehow bringing back the actor via a flashback or twin.

Kingsman 2 is expected to begin shooting in May.

Of her work on Freeheld, Oscar-winning actress Moore, 55, recently shared her happiness over Ellen Page’s opportunity to play a lesbian character onscreen after coming out in 2014.

“This was the first time that Ellen’s played a gay character on screen and she was delighted,” Moore said in an interview with The Morning. “She felt that she was able to be her authentic self in a part.”

“Even though the story is very sad, it was also joyful for her that she was able to participate in that way.” 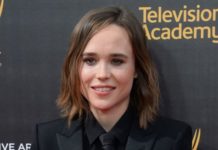