SALT LAKE CITY, Utah, April 10, 2018 (Gephardt Daily) — “Jump: verb 1. push oneself off a surface and into the air by using the muscles in one’s legs and feet. 2. (of a person) to move suddenly and quickly in a specified way. noun 1. an act of jumping from a surface by pushing upward with one’s legs and feet. 2. a sudden involuntary movement caused by shock or surprise.”

Austin Archer’s “Jump,” playing at the Rose Wagner Performing Arts Center Studio Theatre through Sunday, explores what it means when people jump, both literally and figuratively.

The play, a collaboration of Plan-B Theatre Company and Flying Bobcat Theatrical Laboratory, begins with an actual skydive. Phil (Darryl Stamp) has been matched with the blase, seen-and-done-it-all instructor Erick (Matthew Sincell) to make the jump to mark his 60th birthday. Phil, understandably, is nervous, and as it turns out, rightly so.

That event then deftly tumbles into a chain of other happenings, as Erick, who unlike Phil, survives the skydive, quickly falls for the doctor, Michelle (Nicki Nixon), that is attempting to help him heal. When Phil’s widow Abigail (Teri Cowan) contacts Erick with a proposition, wanting to take a leap of faith, the action begins an electrifying free fall, as we learn about another important, unseen character, who also made a jump. “Jump” explores the power of second chances and the impact of surviving on those we love.

For me, the production was virtually flawless. The play is not particularly long, but it packs a great deal into its 70 minutes.

The staging of the play is certainly an interesting challenge. Archer told me afterwards that numerous people had asked him if the script was written for film. I mean come on, how do you depict a skydive on stage? The answer: utilize the unique strengths of two vital local theatre companies.

Flying Bobcat’s Alexandra Harbold and Robert Scott Smith, who directed the production, are perfectly suited to the challenge, with a body of past work that aims to “explore the possibilities of storytelling in performance through language, movement, technology, and design.” The way they choose to depict the skydives is exceptionally simple; there are two straps that stretch across upstage center, on a raised platform, rather like one side of a wrestling ring. The characters then stand on the bottom strap with their arms around the top strap, to depict falling.

Some of the most beautiful visual moments of the play occur in the nuanced dance that takes place on those straps; never overdone, just a whisper of suggestion; for example, the moment when Erick impacts the ground, curling toward Phil, and the slightly abstract movement of Michelle when that section of the set is used to depict part of Michelle and Erick’s new apartment. The Plan-B part of the production is also rock solid; such as Cheryl Cluff’s flawless sound design, depicting the whooshing of wind and the sound of plane engines (my rapidly beating heart in these sections was a by-product of this sound design).

The performances too, are understated but absolutely sure-footed. The show is beautifully cast; there is a raw honesty and heart about all four portrayals. The performances are somewhat like four tandem skydives; as an audience member, we attach to each character at the beginning of the play, and we jump with them. I felt totally focused; my senses went into overdrive, just like in a skydive, and I felt the adrenaline of each journey. Then, towards the conclusion of the play, they deploy their parachutes and we reach the ground with them, totally invested. The detachment from those characters at the end is sad. I genuinely really wanted to see what happened next for each one.

“Jump,” in partnership with The David Ross Fetzer Foundation for Emerging Artists, is unequivocally my favorite Salt Lake theatrical experience of the 2017/2018 season, and a must-see. It’s close to sold out, but there are a handful of tickets available Saturday, April 14 at 4 p.m. and 8 p.m. For tickets, call 801-355-ARTS (2787) or click here. There are also shows Thursday and Friday at 8 p.m. and Sunday at 2 p.m. A pre-paid wait list will form in the Rose Wagner box office one hour before show time. You must be there, in person, to get on the wait list. Then check back five minutes before show time. As many wait listers as possible will be seated at show time. Those not seated will receive a full refund. 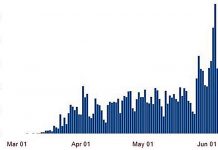 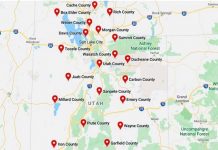