The 21-year-old “What Do You Mean” singer was presented with a silver plaque from Guinness during Thursday morning’s Today show to honor the achievement. Not expecting the gesture, Bieber accepted the award before taking the stage to perform.

According to Billboard, “What Do You Mean” is just the 23rd song to ever release at Number 1 on its Hot 100 list, which has been running for 57 years. His highest rank before that was his Number 2 debut, “Boyfriend,” in 2012.

The single started with more than 335,000 downloads in its first week, Nielsen Music reported.

The Canadian artist also debuted a new, platinum-blonde hairstyle during the show, telling Today hosts it took more than two hours to achieve the look. 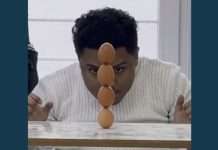 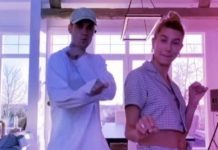