The reality star sisters enjoyed an outing with their dad Wednesday following the 67-year-old television personality’s fallout with their mom, Kris Jenner.

“Fun time riding horses with my girls,” Caitlyn captioned a video of Kendall, Kylie and their friends Jordyn Woods and Harry Hudson.

Caitlyn and Kris split in 2013 after 22 years of marriage, and finalized their divorce in 2015 prior to Caitlyn publicly coming out as transgender. The pair clashed in the spring after Kris objected to her portrayal in Caitlyn’s memoir, “The Secrets of My Life.”

“I heard about all the stuff that she was saying in it and just how a lot of it is so not true,” Kendall said of the book while speaking to Kris on the June 4 episode of “Keeping Up with the Kardashians.”

“The weird part is, I don’t think it’s purposeful lying. I think she really just thinks that’s what happened, for some weird reason,” she added. “That makes no sense to me that she would go around bashing us for no reason. It’s insane, mom. That’s insane!”

Sources told E! News this month the drama “strained” Kendall’s relationship with Caitlyn, although both Kendall and Kylie spent Father’s Day with their dad. The trio celebrated the holiday by visiting the Rodeo Drive Concours d’Elegance car show in Beverly Hills, Calif.

“Good day at the Father’s Day car show on Rodeo Drive with my girls,” Caitlyn captioned a photo from the outing. “Happy Father’s Day to all the dads out there.” 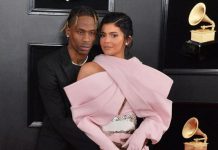 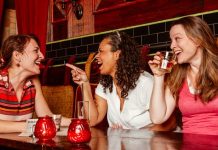