Van Der Beek, 37, the wife of actor James Van Der Beek, gave an update Wednesday on Instagram Stories after almost losing her life during a miscarriage over the weekend.

Van Der Beek appeared in a video with one of her daughters and thanked friends and fans for their support.

“Thank you so much for all the love,” the mom-of-five said. “I’m so grateful for it. A lot of you have asked how I’m feeling physically. I’m healing. I am definitely healing.”

“My biggest thing is my blood pressure. I just get very light-headed very easily, so I can’t really get up and walk around for more than a couple minutes right now,” she shared. “A lot of blood transfusion action this weekend, so I’m just taking it super easy, trying to restore and build my blood.”

Van Der Beek said she has over 400 voice and text messages from well-wishers but is keeping away from her phone right now.

“Emotionally, I have a lot of love around me. I just want to say to my friends, thank you for the outpouring,” she said. “If I haven’t gotten back to you, I probably haven’t even seen your message or heard it, but I’m just so grateful for all of them and all of the love.”

James Van Der Beek announced on Monday’s episode of Dancing with the Stars that Van Der Beek had had a miscarriage. He reflected on the experience in an Instagram post the same night.

Van Der Beek said Monday on Instagram Stories that she nearly died due to the miscarriage.

Van Der Beek and James Van Der Beek have five children, Olivia, 9, Joshua, 7, Annabel, 5, Emilia, 3, and Gwendolyn, 16 months. The couple had announced in October that they were expecting their sixth child. 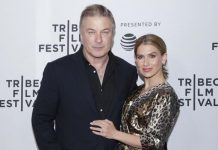 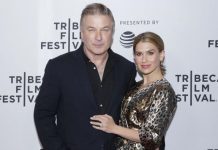 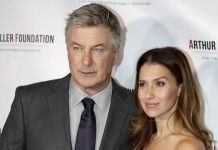 Hilaria Baldwin expects to have miscarriage: ‘The baby isn’t growing’