Sept. 17 (UPI) — Lady Gaga and Tony Bennett are back together again in the new music video for their latest single, “Love for Sale.”

The singer and music legend record the track next to each other inside of a studio in the clip released on Friday. Gaga and Bennett are also joined by a jazz band.

“Who will buy?/ Who would like to sample her supply?/ Who’s prepared to pay the price/ For a trip to paradise?/ Love for sale,” the duo sings.

The track will appear on the forthcoming Love for Sale album from Gaga and Bennett that will be released on Oct. 1. The project will be Bennett’s final studio recording of his career.

Bennett and his family announced in February that the 95-year-old was diagnosed with Alzheimer’s disease in 2016.

Gaga and Bennett will be featured in three upcoming television specials that will air on CBS, MTV and Paramount+. The specials include concert “One Last Time: An Evening with Lady Gaga & Tony Bennett,” a new installment of “MTV Unplugged” and documentary “The Lady and the Legend.” 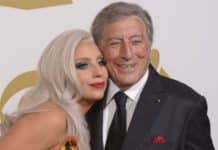 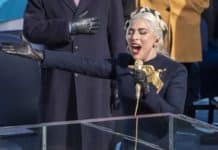