March 10 (UPI) — Led Zeppelin has scored a new win in its long-running copyright dispute over the 1971 song “Stairway to Heaven.”

On Monday, the Ninth Circuit Court of Appeals upheld a 2016 verdict that Led Zeppelin did not unlawfully copy the Spirit song “Taurus” while creating “Stairway to Heaven.”

The 54-page decision is expected to become a new standard in copyright infringement cases and may be presented to the Supreme Court. The appeals court elected to overturn the “inverse ratio rule,” a precedent that has governed copyright cases in the Ninth Circuit for over 40 years.

A plaintiff in a copyright infringement case must show that the alleged infringer had access to the plaintiff’s work, and that the two works are “substantially similar.” The inverse ratio rule held that the more access to a work, the lower the bar for establishing substantial similarity.

The initial verdict was delivered by a California jury in June 2016. Led Zeppelin members Robert Plant and Jimmy Page expressed their gratitude in a joint statement at the time.

“We are grateful for the jury’s conscientious service and pleased that it has ruled in our favor,” the pair said. “We appreciate our fans’ support, and look forward to putting this legal matter behind us.” 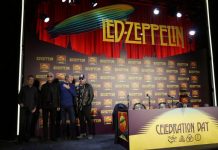 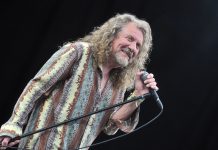