LOS ANGELES, May 25 (UPI) — “Limitless” showrunner Craig Sweeny confirmed via Twitter Wednesday that his science-fiction series has ended after one season.

“I’m truly sad to report that #Limitless will not continue on any platform. Thanks so much to everyone who watched,” he tweeted.

CBS said last week the show would not be on its schedule for the 2016-17 television season, but stopped short of announcing its cancellation.

“Right now, we’re in discussions with other potential buyers, so I’d rather not comment on it at the moment,” the network’s Glenn Geller told reporters in a teleconference.

The small-screen sequel to Bradley Cooper‘s popular, 2011 film by the same name stars Jake McDorman, Jennifer Carpenter, Hill Harper and Mary Elizabeth Mastrantonio. Cooper played a recurring role in the TV series and served as an executive producer on the program, which debuted on CBS last fall.

“Limitless” — both the movie and the series — shows what happens when someone uses a drug to unlock the full potential of the human brain. 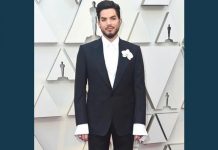