“The Walking Dead” star Danai Gurira, who is also a playwright, will serve as show-runner for the 10-episode limited series.

A press release described the drama as an “epic story” about a Nigerian immigrant’s “extraordinary experiences with love, heartache, adversity and self-discovery.”

Nyong’o and Gurira previously collaborated on the Broadway show, “Eclipsed,” and in the blockbuster film, “Black Panther.”

“‘Americanah’ has sparked a cultural phenomenon and is revered by fans around the world. It has affected me deeply as one of the most moving, socially relevant and romantic stories of our time,” Sarah Aubrey, head of original content at HBO Max, said in a statement. “With exceptional talent like Lupita and Danai in front of and behind the camera, this series will give viewers a uniquely heartfelt and unforgettable experience.”

Gurira recently confirmed she will leave “The Walking Dead” in the show’s upcoming 10th season.

Nyong’o, who has starred in 12 Years a Slave and Us, has the movies “Star Wars: The Rise of Skywalker” and “Black Panther 2” coming up. 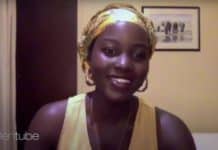 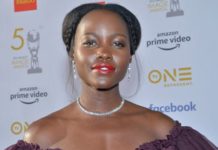