July 25 (UPI) — Candice Bergen and the cast of CBS’ upcoming revival of “Murphy Brown” held their first table read recently with the network posting photos of the gathering on Twitter.

The photos, released Tuesday, feature Bergen in the middle of the ensemble cast happily going over a script together.

Original cast members Faith Ford and Joe Regalbuto, who are returning to reprise their roles as Corky Sherwood and Frank Fontana, are also seen sitting together next to Grant Shaud who is returning as Miles Silverberg.

“Back in the saddle…or rather, the newsroom! This morning, the #MurphyBrown team reunited on set for the first table read of the season!” the official Twitter account of the “Murphy Brown” revival said. 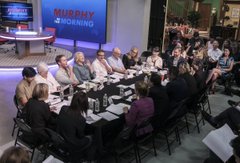 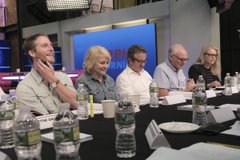 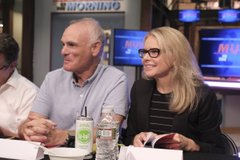 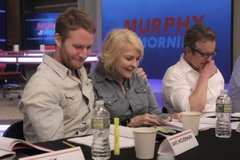 Back in the saddle…or rather, the newsroom! This morning, the #MurphyBrown team reunited on set for the first table read of the season!

Bergen posted on Instagram a photo of the table displayed with name cards for the stars and the script. “The first read-through. July 24, 2018 Thirty years after the original,” she said.

The revival, which is set to premiere on Sept. 27 at 9:30 p.m., will feature Brown and her team hosting a cable news morning show titled “Murphy in the Morning” as opposed to running news magazine FYI as seen in the original series which ran for 10 seasons from 1988 to 1998.

A built set for “Murphy in the Morning” can be seen in the background of the table read photos.

“Murphy Brown”‘s newest season, which will run for 13 episodes, will also feature Brown competing with her son who hosts his own conservative morning news program. 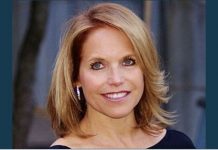 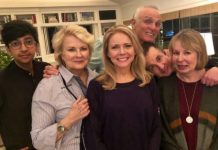