“Characters who were previously marginalized can exist on television because of Norman,” said Dunham, speaking at the Sundance Film Festival on a stage she shared with Lear.

Lear created such comedy/social commentary shows as “All in the Family” (1971-1979), based on his bigoted father; “Good Times,” “Sanford and Son” and “The Jeffersons,” which starred black characters; and “Maude,” about an outspoken, feminist woman in her middle years.

“He didn’t just give those actors jobs, he gave generation of actors who came after those jobs,” Dunham said. “He is everything. He’s the reason I have a show. He’s the reason so many people are able to exist on television as themselves.”

“We all walk on the shoulders of those who precieded us,” said Lear, 93, whose age is 64 years older than 29-year-old Dunham’s.

“I walked on the shoulders of Robert Benchley, Fred Allen and Jack Benny,” Lear said. “We are all indebted to those who preceded us in this world.”

Dunham’s best known character that of Hannah, in “Girls” on HBO. Hannah wants to be a writer, but doesn’t apply herself. She wants a boyfriend without the trouble of a relationship. She wants a job without too much work.

Dunham asked Lear when he knew when some of his shows had run their course.

“With ‘All in the Family’ we knew after eight years,” he said. “It was kind of visceral between us.” Only Carrol O’Connor, who played Archie resisted, and went on to do “Archie Bunker’s Place,” something Lear resisted.

Dunham said about “Girls,” the story of friendships between a group of women in their 20s, that she felt “blessed to have the experience of people connecting with the show.”

The show has been called a younger version of “Sex And The City.”

“I want to make sure to keep the momentum alive,” Dunham said. “It just feels like at this point it makes sense to wrap up the stories.

“I would love to gert us together in 10 or 15 years and go to Dubai,” she said, drawing laughs from those who had seen the post-series “Sex And the City” films. 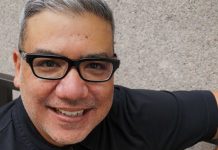 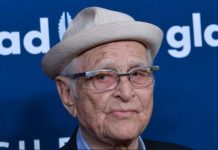 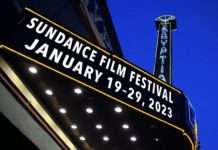