The duke and duchess of Sussex shared photos on their Instagram account after the private service at Windsor Castle.

One color portrait shows them holding Little Archie, who is facing the camera and does not have a hat on his head.

It is the clearest picture that has been released of the youngest member of the royal family.

He is wearing a replica of a christening garment ordered by Queen Victoria in 1841 and worn by many members of his ancestors — including the current queen Elizabeth II and her children — during the religious ceremonies.

The original frock was retired as a historical artifact in 2004.

Also in the photo are Harry’s brother William, his wife Kate, Harry and William’s father Charles and his wife Camilla, and Markle’s mother, Doria Ragland.

The post contained another black-and-white image of Markle looking at Harry, who is gazing down at his first child whose eyes are closed. 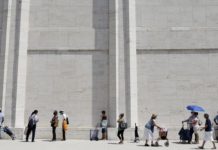 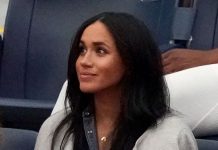