GREELEY, Colo., Sept. 3 (UPI) — Amanda Peterson’s death was caused by an overdose of morphine, according to a toxicology report released this week.

The report, made public Wednesday, says Peterson’s bloodstream featured her lung and heart disease medications as well as Gapapentin and morphine. Her medical records reportedly do not show prescriptions for the latter drug.

According to sources, Peterson revealed she had taken morphine to a friend shortly before she died.

The former actress was found dead in her Colorado home on July 5. She reportedly died on July 3.

Peterson is perhaps best known for her role as Cindy Mancini in the 1987 romantic comedy Can’t Buy Me Love. She also appeared in the musical film Annie when she was 9 years old. She left the movie industry in 1994. 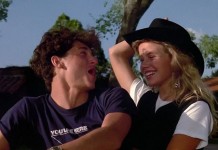