The special, which features “South Park” creators Matt Stone and Trey Parker discussing the creative vision behind the game, gives fans an inside look at the title’s creation and what new features are coming to the sequel.

“We learned so much from ‘Stick of Truth,’ that we decided let’s do another one and take everything we’ve learned and kinda make it better,” Parker says of the new game while referencing the first entry in the series. “We did learn a lot and I think this game is going to be much, much better,” Parker adds.

While “The Stick of Truth” involved the characters of South Park role-playing as fantasy characters inspired by “The Lord of the Rings” and other properties, “Fractured But Whole” sees the children now dress up as superheros similar to those seen in Marvel and DC Comics.

Packed with references, jokes and criticisms on the current state of superhero movies that are dominating Hollywood, the video highlights new gameplay elements coming to the title including a more strategic approach to the turn-based gameplay.

“You’re actually having to think a little bit more about your next move and maybe even two or three moves ahead,” game designer Johnny Oh mentions in the clip as characters are shown having to carefully select where on the battlefield to move in order to best defeat the enemy.

As the video comes to a close, Stone and Parker elaborate on how excited they are for the new game and how they hope fans will be able to enjoy their animated universe in a whole new way.

“What I’m psyched about with ‘Fractured’ is that I just like the fact that there is something that we are doing that we couldn’t do on the show and there is a way to experience the town and jokes in a way that you couldn’t on the show,” Parker says.

“South Park: The Fractured But Whole” is set for release on December 6 for Playstation 4, Xbox One and PC. 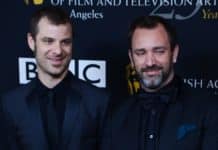 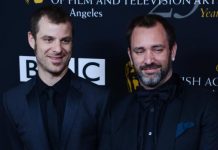 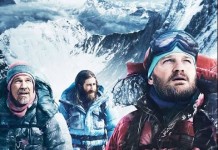 A Look Behind the Scenes of “Everest” Starring Jake Gyllenhaal