ATLANTA, July 8 (UPI) — Tom Holland has taken to social media to share an on-set selfie from “Spider-Man: Homecoming” in costume as the famed wall-crawler.

“1 Year until #spidermanhomecoming hits theaters, are you ready…thought you would like to see a little selfie I took earlier,” the actor wrote on Instagram Thursday alongside a photo of himself hanging atop a high ledge in classic Spider-Man style.

The selfie features the film’s crew down below as Holland throws up Spider-Man’s signature hand gesture to spin-out his web. A fall-mat can also be seen in the background.

Directed by Jon Watts, “Spider-Man: Homecoming” is expected to swing into theaters July 7, 2017.

Holland will be joined by a star-studded ensemble cast that includes Marisa Tomei as Aunt May, Zendaya as the female lead, Robert Downey Jr. as Tony Stark/Iron Man and Michael Keaton who is rumored to be playing villain The Vulture. 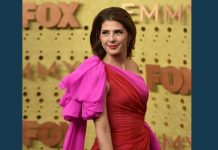 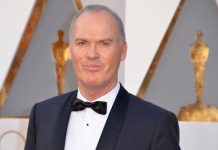 Spider-Man To Battle The Vulture In ‘Homecoming’; Michael Keaton Confirmed For Cast