The biographical drama “Race” tells the story of Jesse Owens who, in 1936, won four gold medals while competing in the 1936 Olympic Games against Hitler’s “superior” Aryan athletes.

Also opening are “The Witch,” a Gothic horror tale set in 1630s New England, and “Risen,” a twist on the story of the resurrection seen through the eyes of a Roman soldier investigating the disappearance of Christ’s body.

“Risen” focuses on Clavius, a powerful Roman military Tribune, and his aide, Lucius, who are tasked with solving the mystery of what happened to Jesus in the weeks following the crucifixion, in order to disprove the rumors of a risen Messiah and prevent an uprising in Jerusalem.

I know what you’re going to say and you are right to a certain point, most faith-based films are a bit too heavy and push a little too much.

But that’s not the case with “Risen.” I found the film to be well acted and well directed, with an interesting twist in how the story is presented that is both engaging and watchable.

“Risen” takes on all the trappings of a murder investigation, a unique way to tell this story and keep it from being flat and stereotypical.

The film deserves a B and is rated PG-13.

The story is about a family in 1630s New England who is torn apart by the forces of witchcraft, black magic and possession.

“The Witch” is a creepy and well done horror film for true fans of the genre. There is nothing held back in this Gothic tale of a family struggling to survive on the edge of a dark and ominous forest.

The film is probably the best of its genre in a long time, and captures the feeling of terror and foreboding in this 15th century world. From the use of the camera at odd angles, shadows and eerie closeups of animals and humans, the film delivers a powerful bleak starkness.

For being as good as it is, “The Witch” gets a solid B and is rated R.

“Race” stars Stephan James as Jesse Owens, whose quest to become the greatest track and field athlete in history thrusts him onto the world stage of the 1936 Olympics, where he faces off against Adolf Hitler’s vision of Aryan supremacy.

The film, although taking some liberties, is an inspiring sports biography about attitude and commitment.

As Jesse goes from being college sports star to Olympic athlete, he is coached and mentored by Larry Snyder, played by Jason Sudeikis in his first dramatic role.

The relationship between Snyder and Owens has a father-and-son feel to it, and it is that relationship that makes the film work.

But “Race” doesn’t stretch itself too much beyond being a biopic. It allows us to witness German soldiers escorting Jewish people into trucks, tossing belongings onto the street and evicting people from their homes.

Then the film returns to Jesse training with his coach. In those moments, the film becomes uneven and incomplete in its storytelling.

As a sports film, “Race” does its job and inspires, but misses the mark as it could have been a deeper statement about bigotry and intolerance. 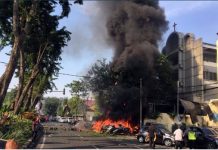 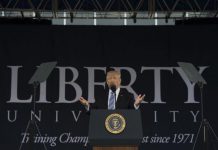 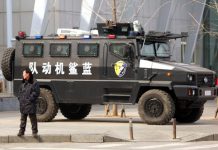