“The Secret Life of Pets” is Illumination’s fifth fully-animated feature length film, and it will debut in a record-setting 4,369 theaters, the widest animated opening of all time, according to Box Office Mojo. The animated film is positioned to open in first place, knocking “Finding Dory” out of the top spot, with around $85 million for the weekend.

Premiering in just 2,982 theaters across the USA, “Mike and Dave Need Wedding Dates,” starring Zac Efron and Adam Devine, does not have the broad appeal “Pets” does, and will most likely take in around $11 million it’s first weekend, debuting in fourth place.

Here’s what the prediction for the weekend looks like for the Top 10 films:

Taking place in a Manhattan apartment building, Max’s life as a favorite pet is turned upside down when his owner brings home a sloppy mongrel named Duke. They have to put their quarrels behind when they find out that an adorable white bunny named Snowball is building an army of lost pets determined to take revenge.

“The Secret Life of Pets” is an endearing family film with some really funny moments in it. The film focuses on Max, played by Louis C.K. and Duke, voiced by Eric Stonestreet, as they begin the story as enemies but soon learn to depend on each other as they find themselves lost in New York.

The film’s biggest strength are its array of characters, including a warlord bunny, played by Kevin Hart and Lake Bell as a Chloe, a spoiled cat who really just doesn’t care.

The film has a few pacing problems, but all that is negligible as the film is highly entertaining and will delight both kids and parents.

“The Secret Life of Pets” gets a B and is rated PG.

Hard-partying brothers Mike, played by Adam Devine, and Dave, played by Zac Efron, place an online ad to find the perfect dates for their sister’s Hawaiian wedding. Hoping for a wild getaway, the boys instead find themselves outsmarted and out-partied by their dates, played by Anna Kendrick and Aubrey Plaza.

Every so often, a frat-house comedy comes along that not only leans over the edge and becomes outrageous, but has a kind of simple and sweet charm to it as well.

“Mike and Dave Need Wedding Dates” is that film, because it knows exactly what it is, an R-rated laugh riot.

Both Efron and Devine work well together and compliment each other’s rhythm, as does the pairing of Plaza and Kendrick. Plaza is cold and calculating, while Kendrick is coming off of a wedding that wasn’t, and is an emotional wreck.

All in all, “Mike and Dave Need Wedding Dates” is an over-the-top comedy with a lot of laughs mixed with a lot of sex jokes and heart. 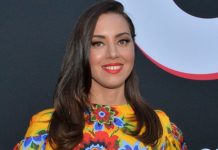 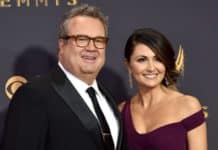