Matt Reeves co-wrote the screenplay with Mark Bombeck. Bombeck has written and co-written screenplays such as “Dawn of the Planet of the Apes,” “Insurgent,” “Total Recall” and “The Wolverine.”

In a recent interview, Andy Serkis, was asked about “War for the Planet of the Apes,” and revealed the third film may not be the conclusion to the franchise.

He told MTV, “It’s very, very early in where we choose to drop anchor in the next film. It could be five years after the event, it could be the night after the events of where we left ‘Dawn,’ so it’s very difficult to know where the story is going right at this moment because it’s being written as we speak. I know that part of the desire for ‘Matt Reeves’ to do this next movie is about continuing the enjoyment of seeing these apes evolve.”

Serkis continued, “So I don’t think we’re going to see a situation where we’re jumping….It might be three films, It could be four. It could be five. Who knows? But the journey will continue. It might not necessarily be summarized or completely fulfilled in this next one. The point being, eventually we know that we’re going to end up back at ‘The Planet of the Apes,’ but whether it’s this film or not, I don’t know.”

Weekend Box Office: ‘Sully’ remains at No. 1 as it soars above newcomers 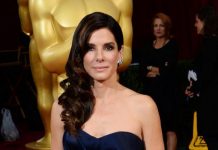