While promoting the memoir, ‘Leonard: My Fifty-Year Friendship with a Remarkable Man,’ Shatner has further shared his thoughts on Nimoy and the effect he had on his life following the actor’s death in February 2015.

“We had some disagreements to begin with and in the end, but in between, it was a brotherhood,” Shatner explained on the Today show Monday. “I loved him.”

In a separate interview with The Hollywood Reporter, Shatner elaborated on his time spent with Nimoy and how they grew closer after the completion of ‘Star Trek,’ starring in films together reprising their roles as Kirk and Spock.

“The structure changed that dynamic in Star Trek in that it was canceled and nobody saw each other, but then slowly the movies began and then we did six movies together,” Shatner said. “And then there were the personal appearances…and suddenly we were back in each other’s worlds on and off for years and years, and that propelled the friendship between Leonard and I.”

The two had a falling-out later in Nimoy’s life that led to Shatner being unable to communicate with him during his battle with end-stage chronic obstructive pulmonary disease. As Shatner explained on Today, he was certain their argument would “blow over.”

“I have no idea why,” the 84-year-old said of how things got rocky. “I thought whatever it was would blow over and he’d tell me what it was and I would try to make amends or find some common ground, but he died before that could happen.”

‘Leonard: My Fifty-Year Friendship with a Remarkable Man’ goes on sale Feb. 16. 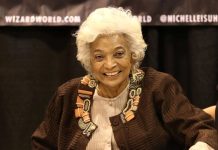 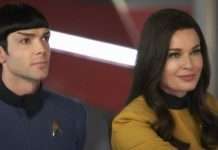 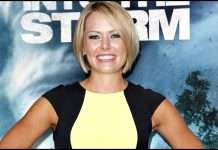