During a Q&A session on social media platform Tumblr, the show’s new executive producer, Javier Grillo-Marxuach said he is looking to “fully explore a relationship that could only be shown subtextually” in the 1990s syndication.

“Xena will be a different show made for very different reasons,” he said, explaining there wouldn’t be a reason to bring the series back if it were not to more deeply explore Xena and Gabrielle’s romantic relationship. The 1990s version of Xena carried heavily implied homoerotic undertones, but never made Xena’s sexuality explicitly clear.

In 2003, actress Lucy Lawless — who portrayed the warrior princess between 1995 and 2001 — said her character was “definitely” a lesbian.

“There was always a ‘Well, she might be or she might not be’ but when there was that drip of water passing between their lips in the final scene, that cemented it for me,” she told Lesbian News at the time.

“Now it wasn’t that Xena was bisexual and kinda liked her gal pal and they kind of fooled around sometimes, it was ‘Nope, they’re married, man.'” 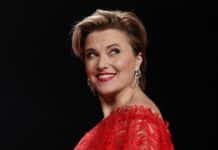 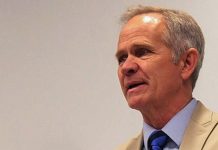