According to the Centers for Disease Control and Prevention, or CDC, more than 29 million people in the United States, about 12 percent of all adults, have a chronic sinusitis diagnosis causing congestion, stuffy, runny noses, pain and sinus pressure.

Previous studies have linked air pollution to chronic inflammation of nasal and sinus tissues but there had not been direct biological and molecular evidence until now.

Researchers exposed 38 8-week-old male mice to filtered air or concentrated Baltimore air with particles measuring 2.5 micrometers or less, which excludes most allergens like dust and pollen. The aerosolized particles were 30 to 60 percent lower than the average concentrations of particles of a similar size in cities like New Delhi, Cairo and Beijing.

“In the U.S., regulations have kept a lot of air pollution in check, but in places like New Delhi, Cairo or Beijing, where people heat their houses with wood-burning stoves, and factories release pollutants into the air, our study suggests people are at higher risk of developing chronic sinus problems,” Dr. Murray Ramanathan, associate professor of otolaryngology at Johns Hopkins University School of Medicine, said in a press release.

The mice were divided into the two groups with 19 mice being exposed to filtered air and 19 breathing polluted air for 6 hours a day, 5 days a week for 16 weeks.

Researchers used water to flush out the noses and sinuses of the mice and examined the inflammatory and other cells in the fluid under a microscope. They found many more white blood cells that are a sign of inflammation, including macrophages, neutrophils and eosinophils in the mice exposed to the polluted air compared to mice exposed to filtered air.

Researchers also compared the cells flushed out of the nasal and sinus passages and found higher levels of messenger RNA — the blueprints of DNA needed to make proteins — in the genes for interleukin 1b, interleukin 13, oncostatin M and eotaxin-1 in the nasal fluid of mice that breathed the polluted air compared to mice that breathed filtered air.

“We’ve identified a lot of evidence that breathing in dirty air directly causes a breakdown in the integrity of the sinus and nasal air passages in mice,” Ramanathan said. “Keeping this barrier intact is essential for protecting the cells in the tissues from irritation or infection from other sources, including pollen or germs.” 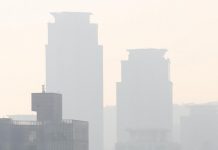 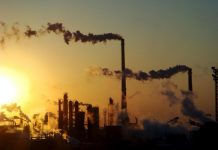 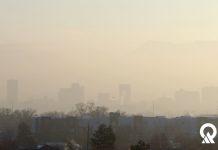