May 3 (UPI) — The U.S. Centers for Disease Control and Prevention on Wednesday reported the first death associated with an E. coli outbreak linked to romaine lettuce grown in Arizona.

The death occurred in California and a total of 121 people from 25 states have been infected as of Tuesday, according the CDC said.

Kentucky, Massachusetts and Utah are the latest states to report illnesses related to the outbreak.

Fifty-two people have been hospitalized, including 14 who have developed a type of kidney failure called hemolytic uremic syndrome.

Illnesses that occurred after April 11 may not have been reported because it takes about two to three weeks for a person to become ill after being infected.

The Food and Drug Administration announced it has identified one farm as the source of the whole-head romaine lettuce that sickened several people at a correctional facility in Alaska, but hasn’t determined where in the supply chain the contamination occurred.

“The agency is examining all possibilities, including that contamination may have occurred at any point along the growing, harvesting, packaging, and distribution chain before reaching the Alaska correctional facility where it was served,” the FDA said.

Romaine lettuce is no longer being produced and distributed from the Yuma, Ariz., growing region, the the Arizona Department of Agriculture confirmed.

However, the FDA said it can’t be certain that romaine lettuce from the region isn’t still in the supply chain due to its 21-day shelf life.

The CDC urged consumers not to purchase or consume romaine lettuce in any form unless it is possible to confirm it was grown outside of the Yuma region.

There has been no evidence that other types of lettuce or romaine lettuce grown outside the region are involved in the outbreak, the FDA said. 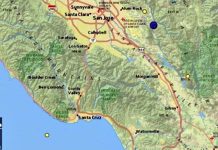