There were 1.6 million cases of chlamydia, 470,000 cases of gonorrhea and 28,000 of syphilis reported that year, the U.S. Centers for Disease Control and Prevention announced in its annual report on STDs.

And the diseases are on the rise in a number of groups, including women, infants, and gay and bisexual men.

“Increases in STDs are a clear warning of a growing threat,” said Dr. Jonathan Mermin, director of the CDC’s National Center for HIV/AIDS, Viral Hepatitis, STD, and TB Prevention.

“STDs are a persistent enemy, growing in number, and outpacing our ability to respond,” he said in an agency news release.

Young women account for nearly half of all diagnosed chlamydia infections, but syphilis and gonorrhea are increasingly affecting new groups of people.

Between 2015 and 2016, syphilis rates rose nearly 18 percent. Most cases occurred among men, especially gays and bisexuals. Half of the men in those two groups also had HIV, according to the report.

But syphilis rates rose 36 percent among women and 28 percent among newborns between 2015 and 2016. In 2016, there were more than 600 cases of syphilis-infected newborns, resulting in more than 40 deaths and severe health complications, the CDC said.

“Every baby born with syphilis represents a tragic systems failure,” said Gail Bolan, director of CDC’s Division of STD Prevention. “All it takes is a simple STD test and antibiotic treatment to prevent this enormous heartache and help assure a healthy start for the next generation of Americans.”

Gonorrhea rates rose among both men and women in 2016, but the largest increase (22 percent) was among men, and a large number of new gonorrhea cases were among gay and bisexual men. The report also noted the growing threat of drug resistance to the last remaining recommended gonorrhea treatment.

In order to stem the rise in STD rates, the CDC said:

Antibiotics can cure all three diseases. But if undiagnosed and untreated, STDs can lead to serious health problems such as infertility, life-threatening ectopic pregnancy, stillbirth, and increased risk of HIV infection, according to the CDC.

The U.S. National Institute of Allergy and Infectious Diseases has more on STDs. 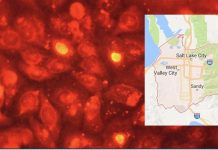 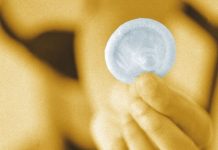 Only one-third of Americans use condoms: CDC