NEW HAVEN, Conn., Aug. 1 (UPI) — For centuries, scientists have been curious about the evolutionary explanation for the female orgasm — a physiological phenomenon with no obvious purpose.

Early in the evolution of human sexuality, new research suggests, the trait likely helped stimulate ovulation. But no more.

“Prior studies have tended to focus on evidence from human biology and the modification of a trait rather than its evolutionary origin,” Gunter Wagner, a professor of ecology and evolutionary biology at Yale University, said in a news release.

To better understand the original purpose of the female orgasm, researchers looked for its neurological signature — a spike in the release of prolactin and oxytocin in the brain and endocrine system — in other mammal species.

Though a human female’s sexual reproductive success is now unrelated to orgasm, many mammals still rely on stimulation to trigger ovulation.

For humans and many other mammal species, the ovulation cycle continues without sexual stimulation. This disconnect was a later evolutionary development, the new research suggests. Early in the evolutionary history of mammal sexuality, physical stimulation was a requirement.

According to the new study, published this week in the journal JEZ: Molecular and Developmental Evolution, the evolution of the spontaneous ovulation across species corresponded with a relocation of the clitoris from a more prominent to a less accessible location within female genitalia.

“Homologous traits in different species are often difficult to identify, as they can change substantially in the course of evolution,” said Mihaela Pavličev, a researcher at the Center for Prevention of Preterm Birth at Cincinnati Children’s Hospital. “We think the hormonal surge characterizes a trait that we know as female orgasm in humans. This insight enabled us to trace the evolution of the trait across species.” 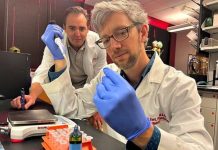