KANE COUNTY, Utah, Sept. 25, 2020 (Gephardt Daily) — A car passenger was killed and the drivers of that car and an SUV were transported to area hospitals early Friday morning after a head-on collision in Kane County.

Utah Highway Patrol Trooper Chris Bishop told Gephardt Daily on Friday morning that a head-on collision occurred after an SUV came upon a slow-moving truck and attempted to pass it.

“It made an illegal pass,” Bishop said. “As it moved into the eastbound lane, it hit a midsized passenger vehicle head on. The impact caused the vehicle spin, then he came to rest.

“The front passenger of the passenger car died on the scene. The driver of the car was flown to an area hospital in critical condition.”

The driver of the SUV was also transported to a hospital in critical condition. 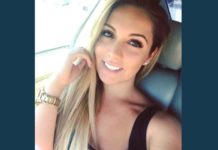