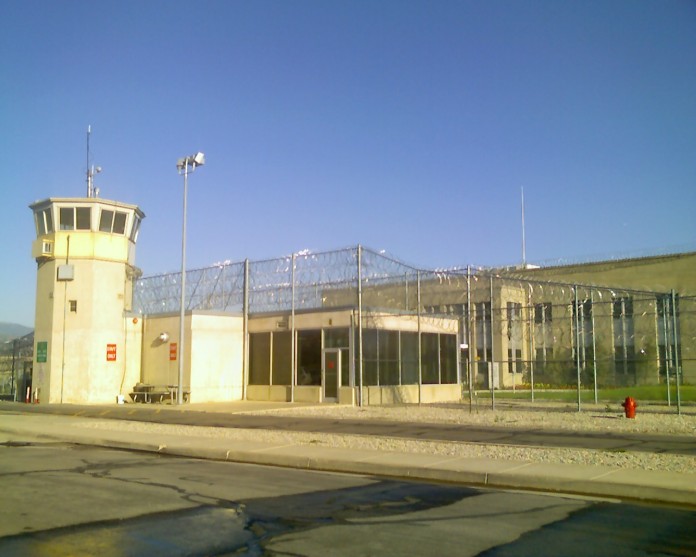 DRAPER, UTAH- August 3, 2015 (Gephardt Daily) – The Utah Chapter of the American Civil Liberties Union is throwing its support behind an inmate hunger strike at the Utah State Penitentiary in Draper.

At the time, prison officials said the inmates’ demands were aimed at the release of various gang members being held at a different maximum security unit. But in a statement released Sunday, the ACLU said the scope of the inmates’ demands were far greater than prison officials were letting on, and the “ACLU of Utah supports the striking prisoners in their requests for relief from specific conditions they and their fellow prisoners face.”The ACLU specifically cited concerns over what inmates called “squalid” housing conditions, and policies which kept them locked in their cells with other inmates for 47 out of 48 hours at a stretch.

The inmates also complained they were excluded from any attempts at rehabilitation and were denied access to learning materials, as well as work opportunities.

Prison officials say they are considering the issues the inmates’ brought up. In the meantime, they are offering checkups and routine health monitoring to those inmates taking part in the hunger strike.

The full statement by the Utah Chapter of the ACLU is below:

The ACLU of Utah has recently received several dozen letters from prisoners who are currently part of the Special Threat Group (STG) in the Uintah 2 Housing Unit at USP. While the prisoners listed a number of conditions they are protesting, two main issues stood out.  First, STG prisoners are locked in their cells with one cellmate for 47 out of every 48 hours, being allowed out of their cells only three times a week for about an hour, and only with their cellmate.  Second, STG prisoners are not given any access to rehabilitative or educational programming and no work opportunities.  Some individuals who wrote to the ACLU have been living in these conditions for years.

These highly isolated conditions are closely akin to solitary confinement, but with the added problems inherent to spending all of one’s time the same cramped quarters with another person, locked in a cell for 47 out of 48 hours at a time.  Moreover, with no access to rehabilitative programs, education, or work, these prisoners are denied opportunities other prisoners have to meet their goals for personal improvement and earlier release, and to prepare to reintegrate themselves into the communities when they are released.

The prisoners also raised serious complaints about inadequate nutrition, lack of supplies to maintain the hygiene of their cells, and insufficient medical treatment.

The ACLU of Utah encourages the Utah Department of Corrections to engage independent experts to evaluate inmate claims if there is any doubt about what the STG prisoners have told us.  In particular, the ACLU urges UDC to obtain an independent assessment of the psychological condition of the inmates subjected to these conditions for multiple years.

We believe that Utah needs to follow the national trend away from extreme isolation and toward greater integration of all prisoners into a rehabilitative correctional experience. For example, Colorado has dramatically reduced isolated confinement, with no apparent adverse effects on prison or public safety.  As Justice Kennedy recently observed in a concurring opinion he wrote this year, courts and the public are increasing their scrutiny of extreme isolation practices in correctional facilities, and there is a serious question as to whether those policies can withstand that scrutiny.

The ACLU of Utah has not yet contacted the UDC about this specific issue.  However, in recent discussions with the UDC about restrictive housing policies generally, the ACLU of Utah has learned that the UDC is considering ways to improve some of the conditions the STG prisoners face.  They have cited safety, lack of physical space for time out and programming, and staffing, among other issues, as presenting challenges in these efforts.   While the UDC’s efforts are to be commended, the extreme conditions that STG prisoners face are ongoing and urgent.   We therefore urge prison officials to improve conditions for STG prisoners as quickly as possible and support the right of the striking prisoners to seek these changes.